Popular Nigerian singer, Timaya, has revealed to the surprise of many people the audacious reason he is going to America.

A lot of Nigerians complain about the epileptic power supply in the country and to combat it, people have adapted to the usage of generators.

But the popular singer, who was spotted at the airport revealed that he is going to America to charge his phone. Wawu!!!

However, it is believed that Timaya is heading to the US this time around in preparation for the “CULTUREFEST DAY.” 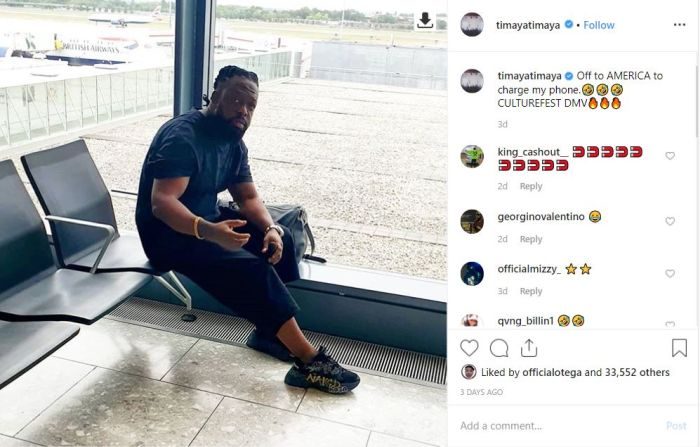